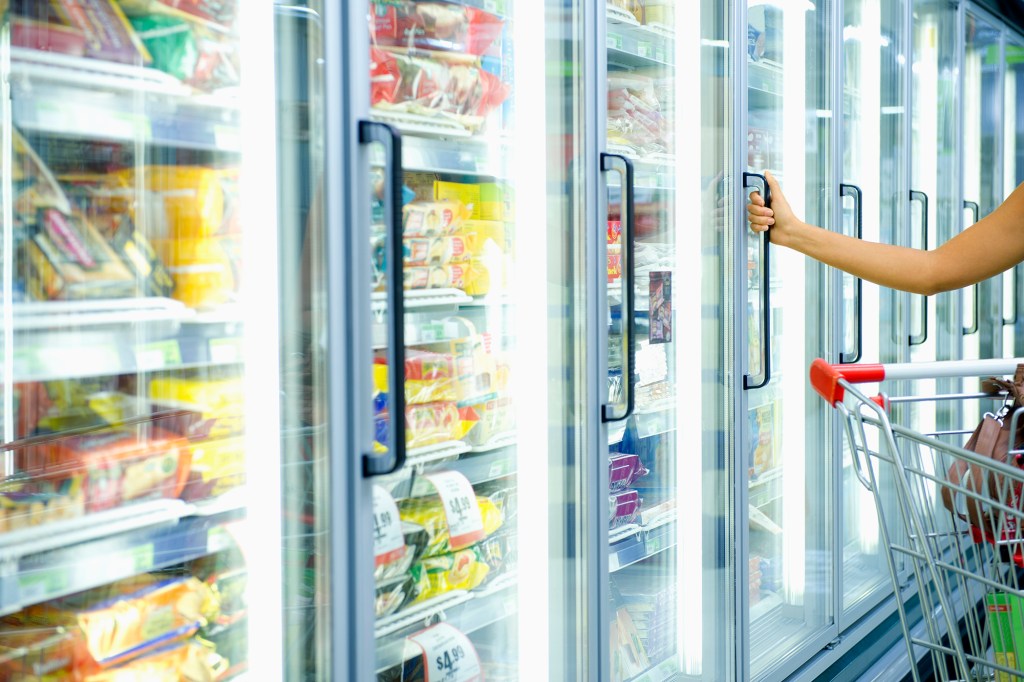 These are the worst frozen foods for your health, say experts

Many of us head first to the frozen food gone when we go shopping. Could this common practice be sabotage our health? Like most things on the nutrition front, it depends.

“When it comes to frozen foods, several nutrients are a major concern for heart health; salt, sugar and unhealthy fats,” said registered dietitian Angela L. Lago, also known as “The Mental Wellness Dietitian.” “Not only are foods that contain an excess of these nutrients inflammatory, they are also key contributors to obesity, heart disease, high blood pressure and diabetes.”

The American Heart Association (AHA) recommends no more than 2,300 milligrams of sodium per day. The “ideal limit” is no more than 1,500 mg per day for most adults, especially those with high blood pressure, according to the AHA.

Lago said certain frozen foods like frozen vegetables, fruits and whole-grain products aren’t all bad, though there are categories that people looking to improve or protect their heart health should avoid.

“When frozen food is the only choice, compare food labels and choose the product with less salt, sugar and trans fats,” she said, noting that processed and packaged foods make up 70% of the salt in the diet of average Americans.

Noting a review published in the International Journal of Molecular Sciences on sodium intake and heart failure, LivelyTable.com Registered Dietitian Nutritionist Kaleigh McMordie said, “While there are certainly healthier options among many single-serving frozen dinners are notoriously unhealthy. One of the main reasons is the sodium level. Frozen dinners can contain more than 1000 mg of sodium, often from sodium-based preservatives, contributing to more than half a day’s recommended amount of sodium.

“Too much sodium, especially in frozen and packaged foods, is a contributing factor to high blood pressure, stroke, and heart disease,” she added. “Frozen dinners are also usually sorely lacking in vegetables.”

McMordie said if you must buy a frozen dinner, read the label for a low-sodium option and pair it with a salad or other vegetable side dish.

(You can also split it into multiple servings, even if it’s marked as a single-serving meal.)

A combination of yucky additives, calories galore, and excess fat and sodium is the name of the game when it comes to most frozen pizza snacks.

“These snacks are far from a slice of pizza. They are usually loaded with sodium, fat, many preservative additives, such as nitrates and phosphates and even imitation cheese,” McMordie said, pointing to a study published in the Association’s Scientific Journal. German medical, Deutsches Arzteblatt International, on the potential of added phosphates to harm heart health.

“I recommend having a slice of real thin crust pizza if you’re craving pizza.”

Frozen pizza can be just as bad as the frozen pizza snacks described above.

“Frozen pizza is a high-calorie, high-salt, high-fat food. Although there are healthier choices, such as thin-crust options topped with vegetables, most frozen pizzas have a thicker refined grain crust topped with cheese and processed meat,” Lago said.

We know they can taste good, but not so badly that they compromise your health.

“While frozen pies can bring us comfort, they are one of the most calorie- and fat-dense frozen foods,” said Allison Tallman, registered dietitian at SportingSmiles.com.

“The beneficial nutritional value of this product is limited. Excess calories and fat can lead to weight gain,” she continued, adding that weight gain can lead to an array of diseases such as heart disease, high cholesterol, metabolic syndrome or Type 2 diabetes.

This state fair staple should be enjoyed – occasionally – at such events, and not stored in your freezer for easy access whenever a corn dog craving strikes.

“Processed meats, such as sausages, bacon, and hot dogs, are among the worst offenders of heart health, primarily due to the sodium content and chemical preservatives they contain. Studies have shown a link between higher consumption of processed meat and a higher risk of heart disease and diabetes,” McMordie said.

“Frozen Corn Dogs not only have highly processed meat, but that meat is also wrapped in a sweet batter devoid of any real nutrients, then fried before being frozen,” she explained, suggesting people limit processed meat consumption to less than one serving per week for heart health.

Be sure to scan the ingredient list when you buy them and look for added oils and salt.

“When you order fries, you also get a healthy dose of fat and calories,” says Janet Coleman, dietician at TheConsumerMag.com.

The frozen fries you buy at the supermarket may have an equally poor nutritional profile, so beware the buyer.

Tallman puts this on the list due to the high amounts of sodium present in the product.

“These calzones often contain around 1,700 mg of sodium in a single serving! Excess sodium in the diet can lead to increased blood pressure,” she said.

Since you can hit your daily sodium intake in just one frozen calzone, it might be worth skipping.

“Sweet and sour chicken is a good source of protein (from chicken), but it secretly has a ton of added sugar,” Tallman says. “Some have over 40g of added sugar per serving. Added sugar is negative for your health because it can increase the risk of obesity, which leads to heart disease.

If you crave sweet and sour chicken, try making it from scratch; this way you can control exactly how much sugar you use.

Add this popular breakfast item to your list of foods to avoid in the frozen aisle.

“Frozen breakfast pastries consist of several forms of highly processed carbohydrates and sugar with no real nutritional value, not to mention all the chemical preservatives. Regular consumption of these types of highly processed foods — high in refined white flour, refined sugar and high fructose corn syrup — is associated with a poor lipid profile,” McMordie said, referring to a study published in Current Atherosclerosis Reports on carbohydrates and blood lipids.

“High levels of triglycerides and LDL cholesterol in the blood, caused by a high intake of refined carbohydrates, are a major risk factor for heart disease. Skip the pastries from the toaster and opt for a breakfast balanced in fats, proteins and healthy carbohydrates from whole grains or fruits.

There are other frozen sweets you may want to avoid.

“Frozen baked goods, such as cinnamon rolls, cookies, waffles and desserts are loaded with salt, sugar and fat,” Lago said, nodding to a 2019 study published in BMJ on the link between ultra-processed foods and the risk of heart disease.

“While they can be a convenient breakfast or a sweet treat, these items should never be a staple in the diet,” Lago added. “Often, even though you can’t taste the salt, it’s still present in many baked goods. Items in the frozen baked goods category are [also] often low in fiber and vitamins.