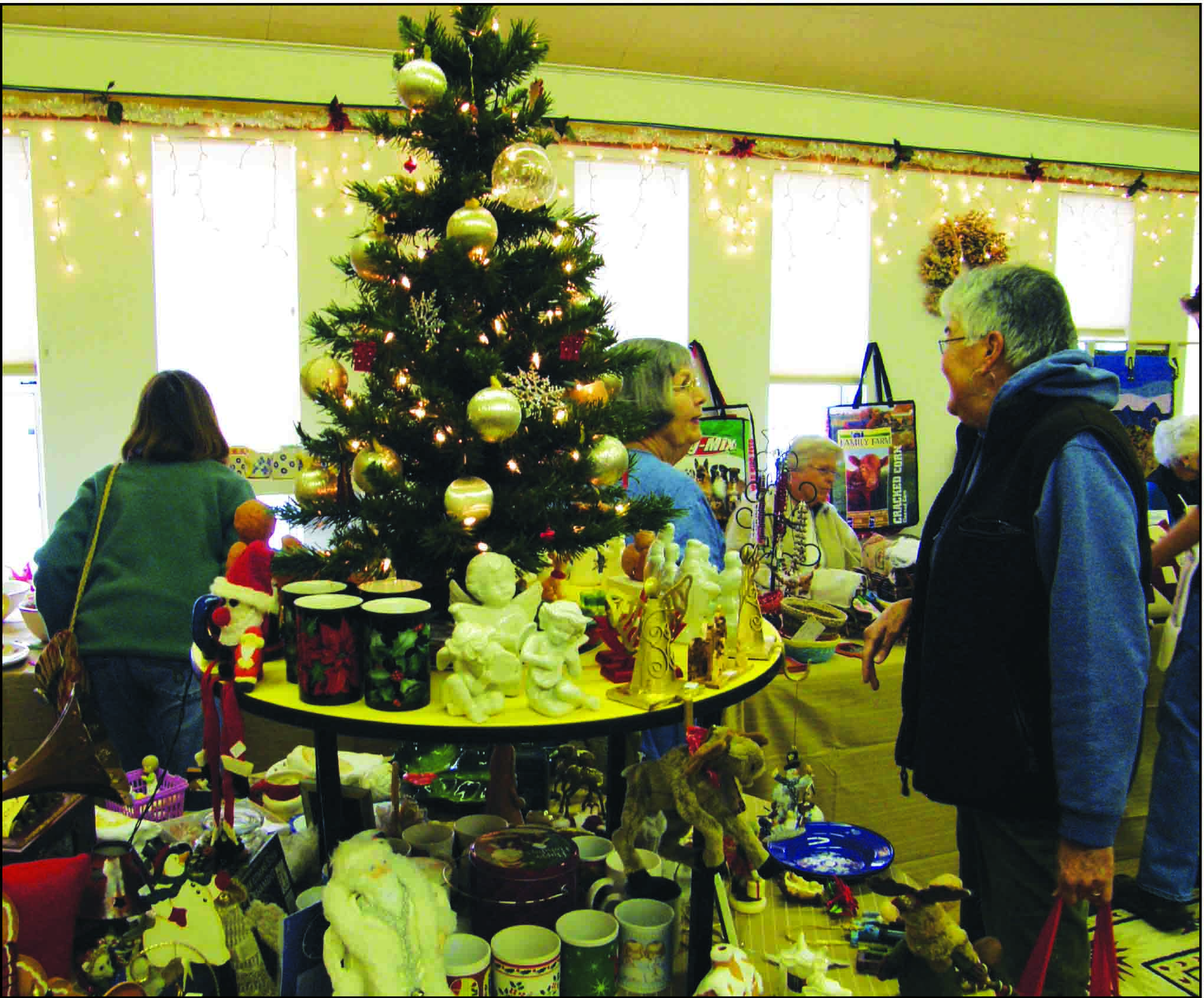 After a year of COVID-19 leave in 2020, the annual bazaar of the Episcopal Church of the Good Shepherd will be back on Saturday, November 6 from 9 a.m. to 4 p.m. in the parish hall of the church, accompanied by a garage sale of 9 a.m. to 1 p.m. , next to a beer garden.
The bazaar is organized not only by the church but also by members of the community in general. The all-volunteer bazaar team consists of church members Jill Olson, Linda Shay and Rosie Higgs, who have said that volunteers are always welcome and needed for the bazaar and church.
Although the Bazaar is a church-wide event, the main workers consist of only around 10 people, including Olson, who has been working on this event for over 20 years.
â€œIt started 120 years ago, to earn extra money for things in the church that they didn’t have the funds to cover, like setting up a kitchen,â€ Olson said.
One-third of donations typically remain with the church community, another third goes to local charities such as Silver City Gospel Mission and The Commons, while the other third goes to overseas missions in places like Honduras and Vietnam.
â€œIt’s a bit divided,â€ Olson said. â€œTwo thirds local and one third for awareness. “
During the event, the parish hall will contain bazaar items, and downstairs in the Sunday school area, there will be a sale-priced clothing and linens shop. The garage next door will have everyday garage sale items, and this year, for the first time, there will be a beer garden, due to COVID-19 precautions.
Among the sections of the parish hall bazaar there will be the almost new and unique shop, which will include items such as clothes, linens and toys. Church member Carol Barrington has worked at the event for 25 years and will be working in the store this year.
â€œEverything is almost new or unique or both, all very good quality items that have been very carefully sorted,â€ Barrington said. â€œThe whole church participates in one way or another by donating or working. “
Normally breakfast and lunch are served indoors, but this year an abbreviated menu will be served outdoors, so people can eat without a mask. The menu includes coffee, burritos, soups, sandwiches and homemade cinnamon buns.
â€œI’ve been running the cafe for 10 or 12 years,â€ Shay said. â€œWe hope there will be a good turnout this year. “
Many donations to the bazaar are due to the community getting rid of old items and bringing them directly to the church.
Among the church’s outreach programs supported by bazaar proceeds is support for the nearby Sixth Street school, with donations of clothing and other items. Each year, the church adopts two families which it clothes and feeds year round, including donations of non-perishable food and warm winter clothing.
The church also participates each year in the Illuminated Christmas Parade which takes place on the Saturday after Thanksgiving.
Olson especially recognized The Church of Jesus Christ of Latter-day Saints in Silver City, saying, â€œWhen we were moving items stored for two years, the Mormon Church brought in volunteers to help us move items. from the bottom to the floor. “
The volunteers included missionaries and other young adults from the LDS Church, she said.
The Episcopal Church of the Good Shepherd was founded in 1873 and received its name in 1889 by the Reverend Edward Silvan Cross. The church continues to organize services in its historic red brick building. In 2003, a columbarium was installed in front of the church, behind the baptismal font. The maximum number of seats in the church sanctuary is around 150.