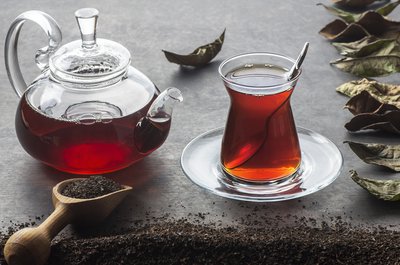 Many people start their morning with a cup of tea.

According to research, tea is the most consumed beverage in the world after water.

There are different types of teas, and black tea is one of the most popular.

Jessica Bonin, the founder of Lady Bonin’s teagives us the following benefits of this type of black tea.

“Many people drink black tea for their alertness and energy. There is good scientific evidence to show that it works. Black tea contains a lot of caffeine. It also contains a bit of a stimulating substance called theophylline. Both can make your heart beat faster and more alert,” she says.

Reduces the risk of certain cancers and diseases

“Drinking black tea regularly may also reduce your risk of these conditions: diabetes, high cholesterol, kidney stones, Parkinson’s disease. But more research on the effects of black tea on these conditions is needed to be sure.

“Early evidence suggests that long-term use of black tea may also help protect against osteoporosis, lung cancer. But larger-scale studies are needed to confirm these uses.”

Side effects of drinking too much black tea

She warns that “combining black tea with other types of caffeine or a product called ephedra can be very dangerous.”

Disclaimer: The health information provided in this article is not a substitute for medical advice and should not be used to diagnose or treat health conditions. It is always advisable to consult your doctor for any health-related issue.

11 Best Hot Drinks at Starbucks, According to Baristas (Pros!)

Elton John’s Oscar Party: Recipes for all the drinks served