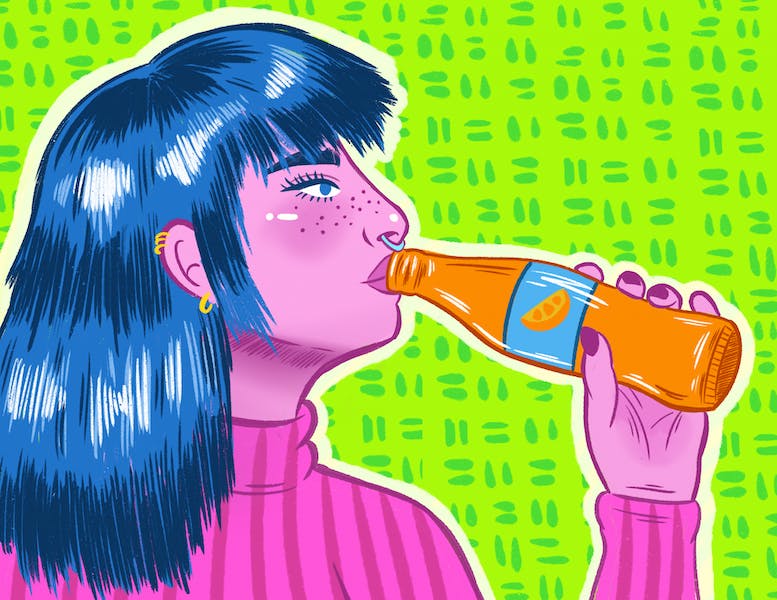 With the onset of fall and the turning of the leaves, students often like to sip their favorite drinks while studying and enjoying the orange and red sight. While for some a simple drink from the dining room or local convenience store fridge will do, others enjoy complex, beautifully crafted coffees with flavors that remind them of fall.

She said she drinks it almost three times a day and has even found herself replacing it with water due to what she says tastes better.

Potts said being on campus gave him the freedom to drink his favorite beverage more frequently.

“I started drinking it when I got here because it’s in the mess halls and I don’t really drink it at home because my parents didn’t really let me drink sodas and juices. “, she said.

Lilly Latkovic, a freshman studying wildlife conservation biology, said her favorite drink really depends on the season and her mood, but two drinks really stood out for her as good stablemates.

She said that while she enjoyed a glass of Pepsi with food, when it came to coffee, she was a huge fan of caramel macchiatos with oat milk.

Latkovic said she likes the smooth texture of oat milk compared to regular milk because dairy tends to upset her stomach. She said drinking the macchiato put her in the right frame of mind for her schoolwork.

“I guess when I drink it, it makes me feel so in college, especially in the fall when I’ve had my coffee and done my homework,” she said.

Jack Zwiezinski, a freshman journalism student, said his favorite drink was an Arizona green tea, although he thought he wouldn’t like it at first.

According to Zwiezinski, they went to a gas station one day with their friends and although they would normally have gone straight for a sweet tea, they decided to try their luck with a new drink and were not disappointed.

“I love the can and its design, and it’s the best thing I’ve ever had in my life,” they said.

Zwiezinski said something about the drink hits the perfect spot every time.

Freshman Lee Stanforth, a psychology major, said he’s a big fan of a good mocha in the fall. Stanforth said their love for mocha started relatively early in their coffee-drinking experience.

“There’s a little cafe where I’m from that has really good mochas, and I’ve had them since middle school,” they said.

Stanforth said the mocha flavors gave a reassuring feeling that they really enjoyed.

Maddi Raisch, a young business student, said that although she loves all pumpkin flavored drinks, pumpkin chais have become one of her favorites.

Raisch said she was introduced to pumpkin chais by her mother, a heavy Starbucks drinker.

“My mom definitely introduced me to the drink,” she said. “She’s always been a big fan of Starbucks so the first time I had this flavor of drink was at Starbucks but now that I’m in Athens we have a bunch of different coffees and I prefer it. ‘get in a local place.’

Raish said his drink definitely reminded him of fall and the changing seasons.

“It definitely reminds me of this time of year just because the flavor of cinnamon and pumpkin is associated with fall, and it really makes me feel good,” she said. “It’s like a very intimate feeling.”

Serve your guests these soft drinks on your Diwali party