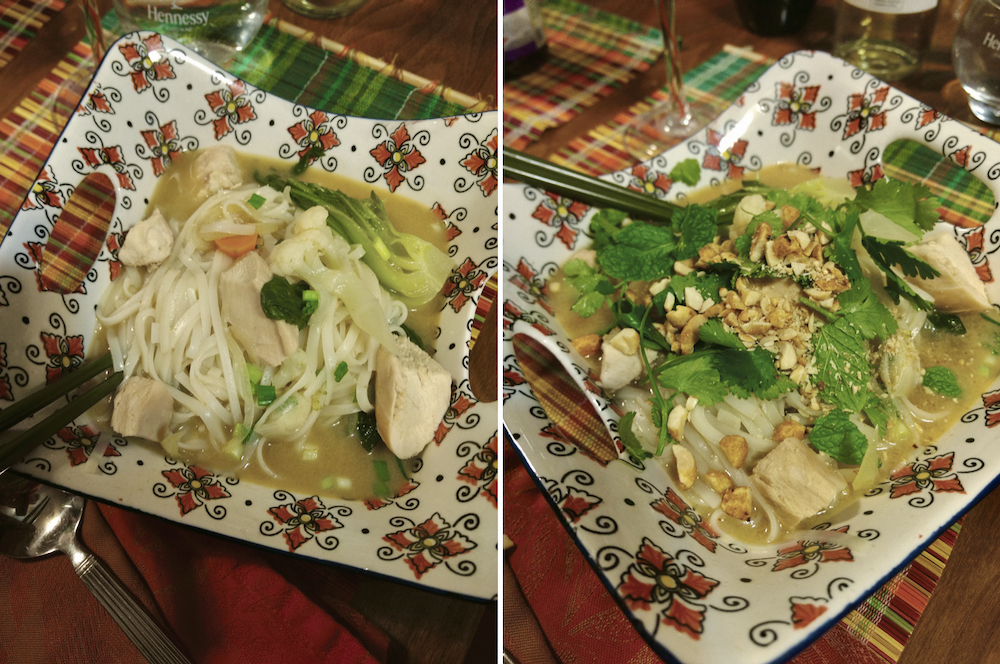 We are so lucky in Canada to have arrivals from all over the world to teach us how to season our tables. Luckily for us, food is one of the best tools for welcoming people and sharing experiences. Southeast Asian foods – Thailand, Cambodia, Laos, Vietnam – are worlds apart from what those of us of European descent grew up with. Learning to use ingredients and tastes from around the world will undoubtedly make us better cooks and perhaps even better citizens of the world.

Stocking our Vietnamese pantry has become easier since 1975-76, when Canada welcomed 6,500 of the many Vietnamese refugees who fled the region’s deteriorating conditions after the Vietnam War. A few years later, as the situation in Indochina worsened, Canada welcomed 60,000 Vietnamese, Laotian and Cambodian refugees. According to the 2016 Canadian census, out of more than three million arrivals from South and Southeast Asia, more than 240,000 Canadians claim Vietnamese origins.

Vietnamese cuisine is vegetable-centric and subtly seasoned. In your Asian aisle or market, stock up on nuoc mam (fish sauce), a tangy, salty sauce derived from dried anchovies that serves as a savory condiment, like soy sauce in Chinese cuisine. Store it in the refrigerator. Also buy dried rice noodles in several thicknesses, as well as hot pepper paste, ginger, star anise, fresh limes. Fresh herbs like mint, basil and coriander can almost be considered greens, used in handfuls.

Some of the key ingredients needed to make a batch of delicious Vietnamese pho.

When my boys were little, they looked forward to the early dismissal from school that we all called “gloomy noon.” It wasn’t just getting out of class that my sons loved. They also loved the associated excursion to the recycling depot, followed by lunch at our favorite Vietnamese restaurant. This experience from an early age helped shape their broad food tastes. My two boys, now adults, love the slurpy soups and rice noodle dishes with the subtle hot Southeast Asian seasoning, especially the many-colored coat that is Vietnamese pho. First we eat a bowl of soup, then we can talk about other ways to season the pot.

In northern Vietnam, pho is traditionally made with beef, often slow-cooked tendon, for a really beefy taste. But my boys and I fell in love with chicken pho, so here’s another chicken noodle soup for your cold weather pantry. The broth is subtly seasoned with ginger, star anise and cinnamon. The internal fillings of the soup are noodles, vegetables and the protein can vary – here I use poached chicken. It’s best to add the rice noodles the day you plan to eat the soup, as they will deconstruct if left in leftover broth overnight. If you only have linguine, swap them, but the texture will be different. Don’t forget the table garnishes; they are crucial. Optionally make it more South Vietnamese by adding curry paste at the start, and coconut milk and peanut butter at the end. For 4 people.

Heat the broth with the star anise and cinnamon in a large saucepan. Lightly oil a sauté pan and heat it up, then add half the minced onion and all the ginger, garlic and optional chiles, and sauté until nicely browned. Transfer the aromatics to the poaching liquid. Cover and simmer for an hour. Strain and discard solids.

Salt the chicken to taste, then add it to the broth. Cover and simmer over high heat until cooked through, about 20 minutes. Check for doneness and cook more if not done yet. When the chicken is well cooked, remove it, cut it into bite-sized pieces, cover with a ladle of broth and keep warm.

Bring about 4 cups of water to a boil. Place the rice noodles in a large bowl and cover with boiling water. Let stand about 5 minutes, or until tender, breaking them apart as they soften. Drain.

While the noodles soften, add the vegetables to the broth and cover. Simmer until as tender as desired. Add chicken, noodles, nuoc mam, lemon juice and salt to taste. Pour into bowls. Pass around the toppings table for each dinner to add to taste.

Foods that help you sleep or keep you up at night

How can I use spices to add color, flavor and health benefits to my meals?