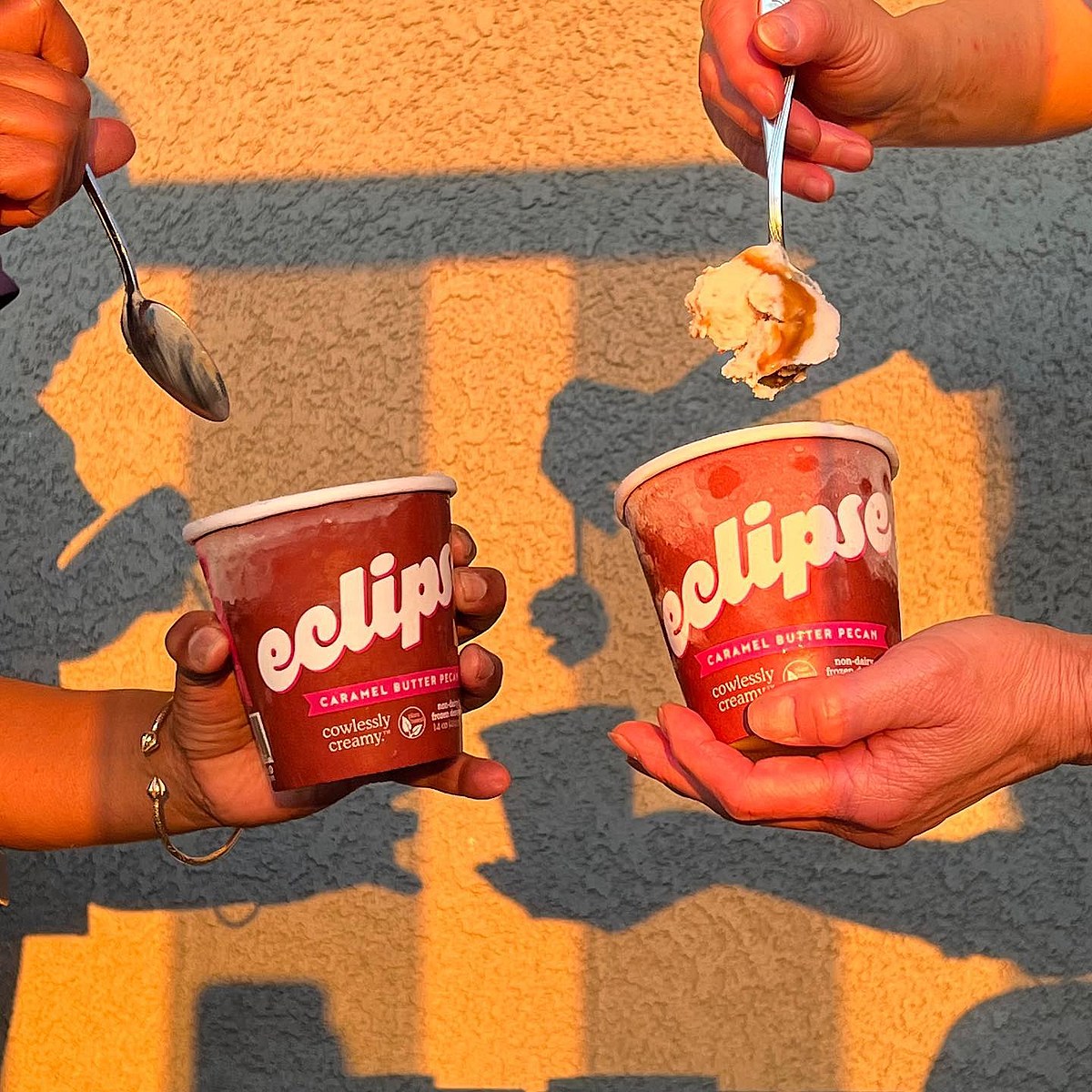 Americans are feeling the heat and this summer, Eclipse Foods is working to bring its innovative dairy-free ice cream to refresh consumers around the world. The food tech startup just raised $40 million in a Series B investment round, saying the money will help expand its production and distribution lineup of dairy products. To help Eclipse deliver on its promise of sustainable ice cream, Prince Khaled bin Alawed is joining this funding round with his investment firm, KBW Ventures.

Founded in 2019, the Oakland-based company set out to develop a vegan ice cream product that perfectly replicated the creaminess of conventional ice cream. The company has developed a proprietary method that uses cassava, potato and corn to recreate dairy-free “micelles” that mirror animal-based dairy proteins. The end product is a molecularly dairy-identical ice cream that relies exclusively on plant-based ingredients.

“With 10 billion people to feed by 2050, we recognized that global diets must change,” Steinhart said in a statement. “Consumers want more than just a dairy alternative like almond milk – they want a true substitute. Our plant-based dairy platform uses micelles (the microscopic magic of milk) to create the replacement products that consumers were craving it, and our growth over the past three years is proof of that.”

Prince Khaled’s KBW Ventures joined several other investors in the latest funding round. Sozo Ventures led the round, which included several other venture capital firms, including Forerunner Ventures, Initialized Capital and Gaingels.

“The main reason consumers avoid plant-based dairy products is taste. As self-proclaimed ice cream lovers, our team at Sozo Ventures recognized that Eclipse’s ice cream is in a class of its own after just one bite,” said Bob Roe, VP of Narrative Development at Sozo Ventures. “Seventy percent of the world’s population is lactose intolerant, and with the alternative protein space expected to reach $1.4 trillion by 2050, Eclipse is positioned to completely transform the dairy industry with its exclusive plant-based dairy platform.

“We are very proud to partner with Smashburger to introduce the first-ever plant-based shakes to a national fast-casual chain,” Steinhart said earlier this month. “This partnership marks an incredible step in advancing the plant-based movement and signals Smashburger’s confidence in Eclipse as the plant-based dairy brand that mainstream consumers will crave.”

For more plant-based events, check out The Beet’s News articles.

3 drinks to try at this new Disneyland Resort hotspot