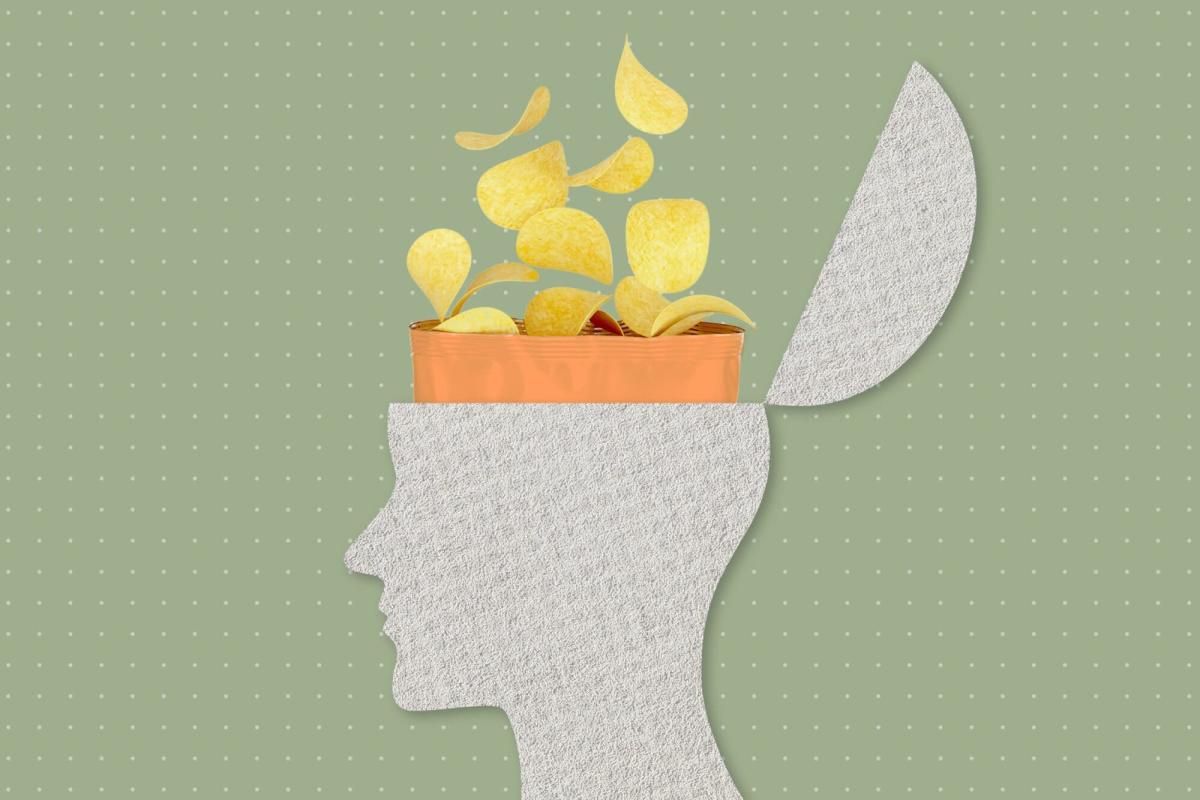 How ultra-processed foods affect cognitive performance, according to science

In our guide to best and worst foods for brain health, processed foods have earned a spot on the “worst” list. A growing body of research has linked diets high in ultra-processed foods to everything from cognitive impairment at degradation of memory and learning scores.

But some “processed” foods, such as frozen vegetables and greek yogurt, are undoubtedly beneficial to health. So how can you tell which processed foods are worse and how, exactly, do they impact cognitive performance?

A study published in July 2022 in the European Journal of Nutrition was designed for this specific purpose. After studying cognitive test data from a group of people aged 60 and over, researchers found that people who eat large amounts of ultra-processed foods tend to perform worse on cognitive tests of language and executive functions.

What are ultra-processed foods?

Almost all of the food we eat is processed in some way. Take that bottle of cinnamon from your spice cabinet. The bark of a cinnamon tree is ground into a powder and placed in a jar to add anti-inflammatory qualities (and flavor!) to your recipes. Or almond butter; which is often just a matter of blitzing up the almonds (ideally just almonds, and maybe a little salt) and pouring this spread into a jar. Or even that supermarket apple, sometimes coated in edible wax which prolongs its life and protects it from pests.

Related: 3 ways to limit processed foods (and those to keep in your diet)

An item falls into the “ultra-processed food (UPF)” category if it contains no whole foods, includes ingredients with flavors/colors/cosmetic additives, and undergoes several industrial processes before arriving in your kitchen. Breakfast cereals, candy bars, frozen pizzas, and “fruit” snacks are some of the foods that fall into this category.

These foods are easily accessible, convenient and designed to be delicious. And, for many in America, these types of ultra-processed foods are also essential and can sometimes be the only option. UPFs represent approximately 57% of the calories consumed by a typical American adult and 67% of calories consumed by adolescents and children.

Previous research suggests that a high intake of UPF could lead to an overall lower quality diet and an increased risk of chronic health problems, such as heart disease (the leading cause of death in America). And this study aimed to determine their impact on cognition.

Related: These 8 things could age your brain by 3 years, according to a new study

What This Brain Health Study Revealed

The research team selected 2,713 people aged 60 registered in the United States National Health and Nutrition Examination Survey (NHANES) 2011-2014, and asked them to:

There was no link between UPF levels and overall cognitive test scores, but among those without pre-existing chronic health conditions (including heart disease and diabetes), high consumption of UPF was linked to lower scores on animal fluency tests. Although more research is needed to confirm this finding and explain exactly why this is the case, scientists believe that frequent and high consumption of UPF could impact gut health in a way that disrupts the gut-brain axis in a way that, over time, may increase the risk of Alzheimer’s disease. They can also lead to chronic inflammation throughout the body, including around the brain.

Additionally, the more FPU a person consumes, the less space they have on their plate for whole grains, lean proteins, and health-enhancing fruits and vegetables. (ICYMI is the #1 food for boosting brain health, according to a registered dietitian.)

This new brain health study suggests that eating lots of ultra-processed foods may lead to cognitive decline in some populations. However, there is not yet enough evidence to prove that this is a cause and effect relationship.

This new research appears to be the first to investigate the link between UPFs and cognitive decline, and may serve as a foundation for future longer and larger studies.

Until we know more, it certainly can’t hurt to try and limit UPF consumption and look into the SPIRIT Diet—a riff on the mediterranean diet and the DASH Diet which have been shown to reduce the risk of Alzheimer’s disease and dementia.

Next: These 13 things could make you more likely to get Alzheimer’s disease, a new study finds

These 5 Foods Increase Natural Insulin In The Body, Will Keep Blood Sugar Level In Control, Start Eating Without Delay