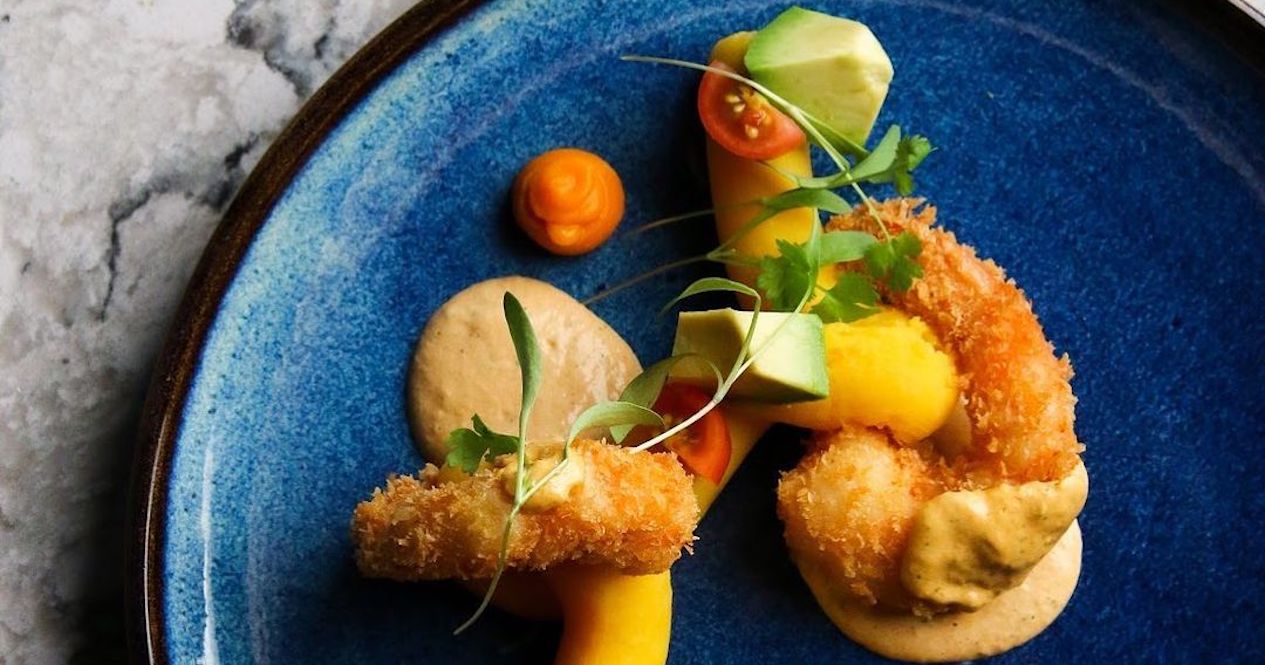 From steaming bowls of Afuri ramen to Peruvian-inspired plates, donuts, craft beers and everything in between, there’s a ton of new flavors hitting the Vancouver food and drink scene this month. -this. But before diving into the fork-first, it is important to know which places are open and which are still under construction. So let’s go. Here are 18 new restaurants, breweries and cafes to check out in Vancouver this September.

We start this list with one of the most recent openings, if not the most recent. The long-awaited Peruvian restaurant and wine bar Suyo (meaning “homeland”) has officially opened, serving a variety of traditional dishes as well as fusion dishes like yucca fries and cauliflower steak served with tabbouleh of quinoa. Plus, a delicious wine to wash it all down.

Named after Mount Afuri in Kanagawa Prefecture in Japan, Afuri Ramen + Dumpling is known for its MSG-free dishes like its Yuzu Shio Ramen, its killer gyoza game, and its now famous soft shell crab bun. And now they’ve expanded into Vancouver following the success of their Richmond outpost.

Speaking of dumplings, Bamboo World Kitchen recently opened a second restaurant in Vancouver for tasty and healthy international cuisine. His menu strikes the perfect balance between healthy protein-packed bowls and wraps, all-day dim sum, and some pretty amazing smoothies and salads too – if you want to dine light.

Fans of authentic Indian cuisine, get ready for a great new addition to the Vancouver scene. Karma Indian Bistro serves delicious soups, pakoras, curries and rice dishes for people of all dietary preferences – and they recently opened in Kitsilano. And if you’re looking to pair your meal with delicious cocktails, they have plenty of those too.

Commercial Drive’s newest cafe addition offers authentic Italian pastries and sandwiches, espresso drinks and best of all – everyday happy hour specials. Oh, and the Caffe is football-themed, so football fans and lovers of Italian culture will be delighted.

If you’re a fan of daily happy hour menus, you’ll definitely want to check out Brasserie Coquette in Kits if you haven’t already. The French-inspired spot opened in July, but we think another shoutout is definitely in order. After all, where else can you binge lemon absinthe pancakes Where marinated garlic scapes??

Looking for a new place to go before heading to Granville Island on a busy day? Enter Tru Cafe – Starbucks’ newest replacement after a series of closures across Canada last year. The new cafe doubles as a gelato spot, serving a range of bevies and caffeinated treats, gelato and affogato.

If you haven’t had the chance to visit the Parisian-style café-patisserie yet, don’t worry. They recently opened a new restaurant in Yaletown, and its menu has a ton of delicious dishes to sample. From traditional French pastries, macaroons, smoothies and fine espresso drinks to seasonal delights like last year’s Hazelnut and Gianduja Brioche and the Danish Lychee, Rose & Raspberry – there are many choices.

NUTTEA Canada has officially opened in Kitsilano – which means you can finally get their famous vegan milk tea (“nut-mylk”) right here in the country’s unofficial vegan capital. It’s just appropriate. From Mylk tea with nuts and oatmeal to matcha or quinoa to Earl Gray tea with chocolate and nut cream – there is so many tasty options to choose. They even have vegan coffee options and caffeine-free smoothies, depending on your mood or preference.

North Van’s North Point Brewing has just launched a new brewery-patio-café concept in downtown Vancouver. His location ? “The Den at Dunsmuir Patio” at the Bentall Center – and visitors can expect everything from amazing craft beers, hot pizzas and locally roasted coffee to wash it all down. It’s time to gather your friends for beers after work or stop by for lunch!

Kitsilano finally has a solid brewery in its own right, so if you’re looking for a new local watering hole, this could be the one. Step into the very first outpost of Brewing August, AKA – the go-to spot if you love long summer days and beach-inspired beers. Hang on to the season a little longer in this minimalist haven and get the craft beer flowing!

Recent Posts:
Food Guide: Here Are All The Unique Dishes You Can Find At PNE This Year
Ice cream, coffee and cocktails: you can shop around for all the bar-inspired treats in Nanaimo, BC.

Notice to donut lovers. Mello Vancouver (aka the confectionery gem of Chinatown) recently opened a second donut outpost in Kerrisdale. You know what that means – people have yet another place to load up their famous Butterscotch, Cinnamon Cream Cheese and Lemon Donuts. And if you’re feeling adventurous, there’s even an all-bagel donut you can try!

Next door to Strathcona Beer Company is a new ice cream shop specializing in chocolate treats and nostalgic ice cream floats – so you know where we’ll be for the rest of the summer! What started as an exclusive chocolate business in December 2021 has exploded into a full-fledged retro-style confectionery where people can indulge in 90s-inspired treats. It’s the perfect place if you’re taking a break in beers and you crave something sweet!

We start this section with a place that has been on our radar since early spring. And while no official opening date has yet been set for Mount Pleasant’s Vintage & Provisions, the retro bar and grill has been teasing a “this week” opening. Hope they mean this this week. Located inside a small white boutique house between corporate offices and industrial buildings, it’s no wonder this place is catching the attention of people all over the city. Fingers crossed, it won’t be long before we can feast on their charcoal BBQ!

Now don’t get too excited – but we’ve seen talk of a potential (unconfirmed) Labor Day weekend opening date on Rewind’s social networks. If you’re a fan of retro parties or decade-inspired drinks, you’ll love this new addition to Port Moody’s Brewers Row. As the name suggests, Rewind is all about the 90s. And the 80s. And the 70s and 60s… honestly, we’re not sure how far the brewery plans to draw inspiration. But we’re excited to see the result “by the end of the summer”, no matter when.

When: TBA this summer
Where: 2809 Murray Street, Port Moody

With 18 themed holes, Toronto’s resounding success Par-Tee Putt is coming to Vancouver this summer, giving customers a nostalgic and quirky indoor space to putt and drink with friends. People can register at this link to preview the departures and be among the first to play when the bar opens!

When: Opening mid-September
Where: 670 Smithe Street, above Dublin
Cost: $24.95 for a preferential rate

After just 6 weeks of opening downtown, the wine and snack bar has announced the opening of a second location on Main Street. Her name? To confirm. But its solid plant-based menu and team of creatives aren’t going anywhere! If you’re looking for a neighborhood place for vegan and vegetarian food that also offers amazing natural wine, this is it.

When: Opening this summer, TBA
Where: 2420 Main Street

An iconic Vancouver pop-up and vegan staple, To Live For has finally secured a spot for its very own cafe-bakery in East Van. In other words, Erin Ireland’s famous banana bread will finally have a forever home, and just in time for pumpkin spice season! The opening date? Late summer to early fall, so hopefully that means this month. And for now, people can still order from their curbside pickup menu.

And that’s a summary of what’s new and coming up, Vancouver. Hopefully, you’ll eventually hit all of these points, but the “divide and conquer” strategy might be best in this case, as there are plenty of tasty options to choose from.

With a curated list of what matters in your city, Curiocity brings you the most relevant local food, experiences, news, offers and adventures. We help you get the most out of your city and focus on the easy-to-miss details so you’re always in the know.

The 10 Best Portuguese Dishes – With Recipes