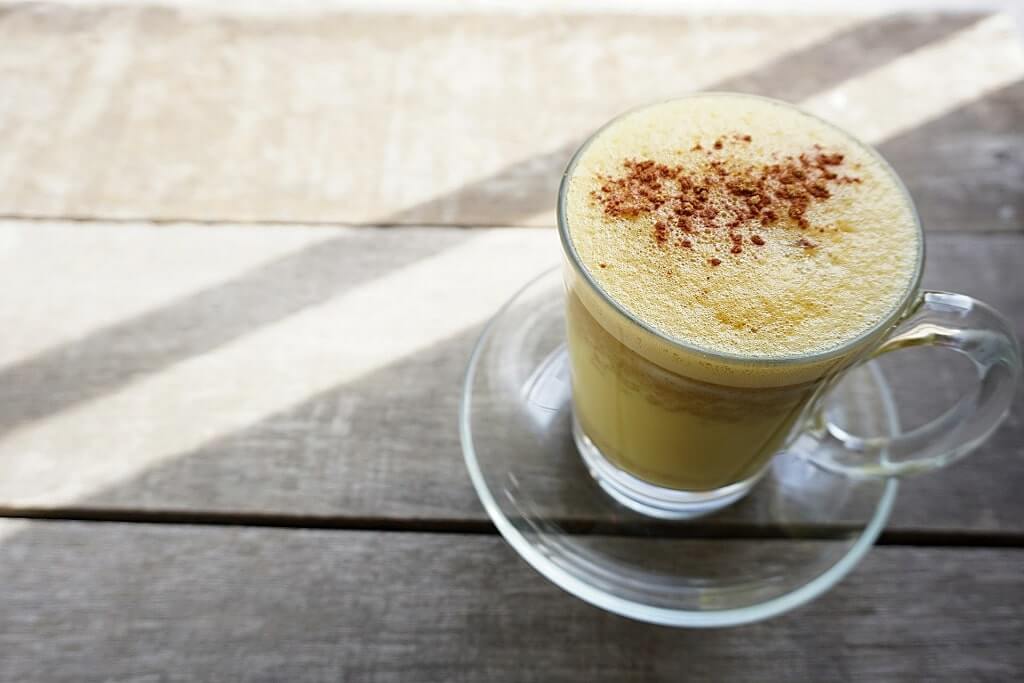 Golden Milk – What are the benefits and how do you prepare it?

Turmeric is a widely used spice, but turmeric milk, also known as golden milk, is a traditional Indian drink that is becoming increasingly popular in western countries. It’s a nutrient-dense drink with a lot of potential. It is known for its many health benefits and is frequently used as an alternative medicine to boost immunity and prevent disease.

What is Turmeric Milk?

As the name suggests, turmeric milk is a golden drink made from an infusion of dried turmeric root or turmeric powder mixed with milk. While the taste is somewhat bitter, the milk dilutes the spiciness of turmeric. This Indian tonic, officially known as Haldi Ka Doodh, is usually made with only turmeric and cow’s or plant’s milk, but it may also contain cinnamon, cardamom powder, ginger and pepper or spices. cloves, which makes it even tastier and healthier.

It is one of the best drinks to use as a general body tonic, thanks to the antioxidants and active compounds in turmeric and the mineral components in milk. Here are 11 science-backed benefits of golden milk — and a recipe for making your own.

Drinking antioxidant-rich turmeric milk can dramatically improve skin health while protecting you from aging. Studies have also shown that turmeric has beneficial effects on tissues and collagen. Additionally, applying turmeric milk directly to areas of irritation or inflammation is even more effective for conditions such as alopecia, acne, psoriasis, radiation dermatitis, etc.

The main ingredients of golden milk (turmeric, cinnamon and ginger) contain anti-inflammatory properties. Reducing inflammation can help in the prevention or treatment of various diseases, including:

Due to turmeric’s active component, curcumin, adding golden milk to one’s daily diet can help reduce inflammation. For example, a small trial of 45 people found that taking 500 milligrams (mg) of curcumin was as effective at reducing inflammation as taking 50 mg of typical arthritis medication.

Curcumin is also an antioxidant. Antioxidants have been found in several studies to help a person’s body repair cell damage and reduce the risk of various ailments. For example, a 2015 study found that antioxidants found in spices and foods have a positive effect in decreasing cell damage.

Curcumin can improve the mood of people who consume it regularly. A small study with 60 participants found that taking curcumin supplements could improve symptoms in people with major depressive disorder. Those who took both curcumin and antidepressants had the most significant improvement.
Still, more research is needed to determine its effectiveness and appropriate doses, as the study authors also said the results were not statistically significant.

Previous studies have linked turmeric to improved brain function. However, more recent research is needed to thoroughly verify its effectiveness.

The components of golden milk, ginger and cinnamon, have shown promise in animal experiments. For example, one study looked at the influence of cinnamon on the preservation of specific proteins linked to Parkinson’s disease. These proteins protect against memory loss and tremors, two of the symptoms of the disease. The results were promising, but more human trials are needed to demonstrate how useful cinnamon is for boosting brain function.

The three main ingredients in golden milk have shown potential to reduce the risk of heart disease and improve mood. However, these studies were small and limited. Additionally, the amount of each ingredient in golden milk may not be enough to reap the full benefits.

A small study found that those taking curcuminoids after coronary bypass surgery had a reduced rate of myocardial infarction events, such as heart attacks. The rate went from 30% in the placebo group to about 13% in the curcuminoid group. However, more recent research is needed to support these findings.

Previous studies on curcumin, ginger, and cinnamon suggest they may reduce cancer risk. Many alternative health websites repeat these claims. However, most of these studies are:

Additionally, the low levels of these spices in golden milk are unlikely to affect cancer risk. However, more research is needed to reach definitive conclusions.

Some studies have shown that consuming ginger can reduce fasting blood sugar in people with type 2 diabetes. A 2017 double-blind, placebo-controlled experiment confirmed these findings. Researchers divided 50 people with type 2 diabetes into two groups. One group received 2,000 mg of ginger each day for ten weeks, while the other received a placebo. The researchers found that ginger significantly lowered the subjects’ fasting blood sugar levels at the end of the trial.

The contents of golden milk are also rich in antioxidants and anti-inflammatory compounds, which can help boost your immune system. This is why many people drink golden milk to help them recover from common illnesses like the flu. Additionally, according to a review of studies, curcumin has antifungal, antibacterial, and antiviral effects, which can help a person fight infection better. Cinnamon and ginger are also traditional home remedies for colds and flu.

Additionally, the chemicals found in fresh ginger can inhibit the growth of certain bacteria. As a result, ginger extract can fight human respiratory syncytial virus (HRSV), which causes respiratory infections. Similarly, laboratory tests suggest that cinnamaldehyde, the active ingredient in cinnamon, may inhibit bacterial growth. It may also improve the treatment of respiratory tract infections caused by fungi.

Many fortified plant-based milks are rich in vitamin D and calcium, which are beneficial for bone health. Calcium is an essential mineral for optimal bone health. Vitamin D helps in the absorption of calcium from food.

Non-dairy milk, such as coconut milk, is commonly used to make golden milk. Therefore, consumers should look for fortified versions that incorporate additional nutrients to experience this benefit.

The ginger in golden milk can aid digestion. Ginger is a popular home remedy for nausea and vomiting. This is supported by a lot of research. For example, ginger was an effective, low-risk treatment in a study of people with chemotherapy-induced nausea.

How to make golden milk at home

Homemade golden milk is easy to prepare. Follow this recipe for a single serving (about a cup) of golden milk:

As a bonus, Golden Milk can be made ahead and stored in the refrigerator for up to five days. Then, before consuming it, just heat it up.