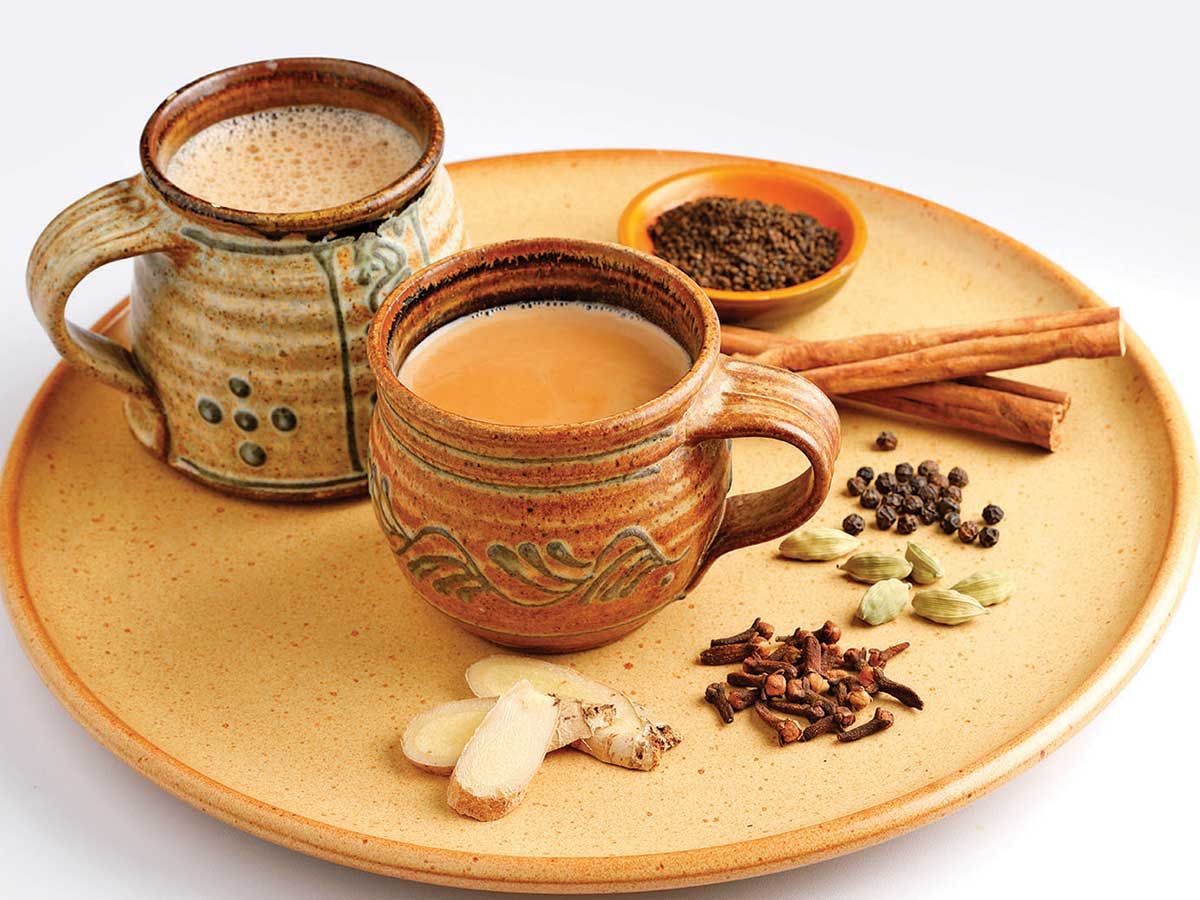 Because they keep the body warm from the inside, hot drinks are synonymous with winter. Wearing your comfiest woolens and sipping a steaming hot drink on a beautiful sunny day is the order of the day this season. Did you know that adding a few spices to your tea can be extremely beneficial to your health?
In the winter, a hot cup of spiced tea can provide your body with much-needed warmth to fight the freezing cold. Spices such as cinnamon, cloves, cardamom, nutmeg, saffron and ginger warm the body while increasing metabolism and immunity.
Spices have been used in tea for almost as long as tea has been consumed, and there are many spiced tea drinks to choose from. Three of the most well-known spiced teas not to be overlooked in winter are:

masala chai
Also known as “chai tea”, it is a popular spicy drink. It can be made with a single spice (like ginger or cloves) or with a combination of spices. Despite its origins in northern India, chai is now consumed in a wide range of places around the world.

ginger tea
Many spiced tea blends and freshly brewed spiced teas contain ginger tea. Green tea, black tea, Pu’er or pu-erh tea (fermented tea traditionally produced in China), and even oolong tea complement ginger well. It gives teas a warm, tart and slightly sweet flavor. Ginger has been used in tea since ancient times and is found in teas around the world today.
Cinnamon tea
Cinnamon is typically used to flavor black teas, but it can also be used to flavor green, oolong, or pu-erh teas. It has a sweet, warming taste that pairs well with fruit-based ingredients in tea drinks.

Check out the benefits of having spiced tea in winter:

Inflammation
Warm mixtures help reduce inflammation and pain. It is said that drinking saffron-infused tea or putting a few cloves in a kettle of boiling water can help relieve pain by reducing inflammation in the body.

Weightloss:
Because spiced teas are low in calories but high in nutritional value, they are an ideal beverage for anyone looking to lose weight. Squeezing a few drops of lemon juice into your tea acts as an excellent body tonic and helps control hunger.

Better digestion
In winter, heavier foods, along with a tendency to sit down and avoid moving, increase the risk of digestive problems. Tea infused with ginger, mint, or star anise can aid digestion and relieve stomach upset, especially when consumed after or between meals.

Increases energy
Because energy drinks often contain high amounts of caffeine, which can be harmful to your health, spiced tea can be used as a natural energy booster with little to no negative side effects as it is nutrient rich. and essential minerals.

Rose Day 2022: 10 health and beauty benefits of this flower as you kick off Valentine’s Day 1 week

20 Chinese Foods You Must Try At Least Once