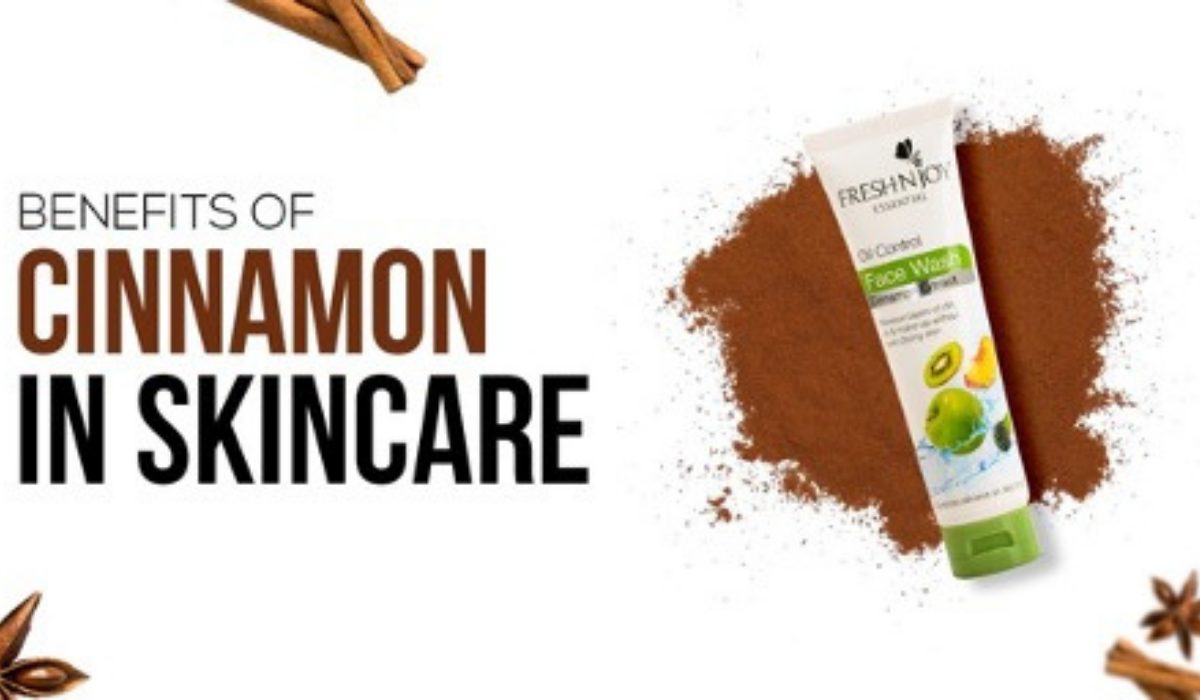 Benefits of Cinnamon in Skin Care

Cinnamon is a popular spice derived from the bark of cinnamon trees (Cinnamomum), used as a flavor enhancer and natural source of antioxidants in recipes around the world. Cinnamon essential oil is sometimes used in cosmetic products such as perfumes, lotions, lip balms and scrubs. Some people use it in homemade skin care solutions, for example to lighten skin, improve acne, and diminish signs of aging. Cinnamon is rich in polyphenols, which are plant chemicals such as cinnamic acid, cinnamaldehyde, and flavonoids. These have anti-inflammatory and antioxidant qualities, which help fight cell-damaging free radicals. Note that the benefits of cinnamon for your skin are already well known. As a result, the use of cinnamon powder for skin in conjunction with other ingredients is not new to the world of beauty and skincare. As a topically applied treatment, it benefits the skin in a number of ways.

Fresh N Joy has introduced a new facial cleanser. Its Oil Control face wash with cinnamon extract effectively removes dirt, oil and makeup without over-drying the skin. Its purifying formula, which contains a sebum-regulating complex and mineral clay, helps minimize excess sebum and prevent shine while maintaining the skin’s natural moisture balance. Aloe vera, glycerin and multivitamins (B3, B5, C and E) nourish and moisturize the skin for 24 hours at the same time.

You can apply cinnamon to your skin in different ways to reap the full benefits. You can use it on your skin as a scrub, paste, face mask or body wash to get the benefits. To get nutritional benefits for your face and body, combining cinnamon with other components such as honey is also best. Because you’ll be applying these blends to your skin, it’s best to use organic cinnamon. Fresh N Joy, one of the best organic skincare products in Pakistan, will do wonders for your skin!

Fresh N Joy is here to help you define your summer skincare routine. With our Oil Control Face Wash with Cinnamon Extract, you’ll never have to worry about having oily skin that makes you want to constantly wash your face again.