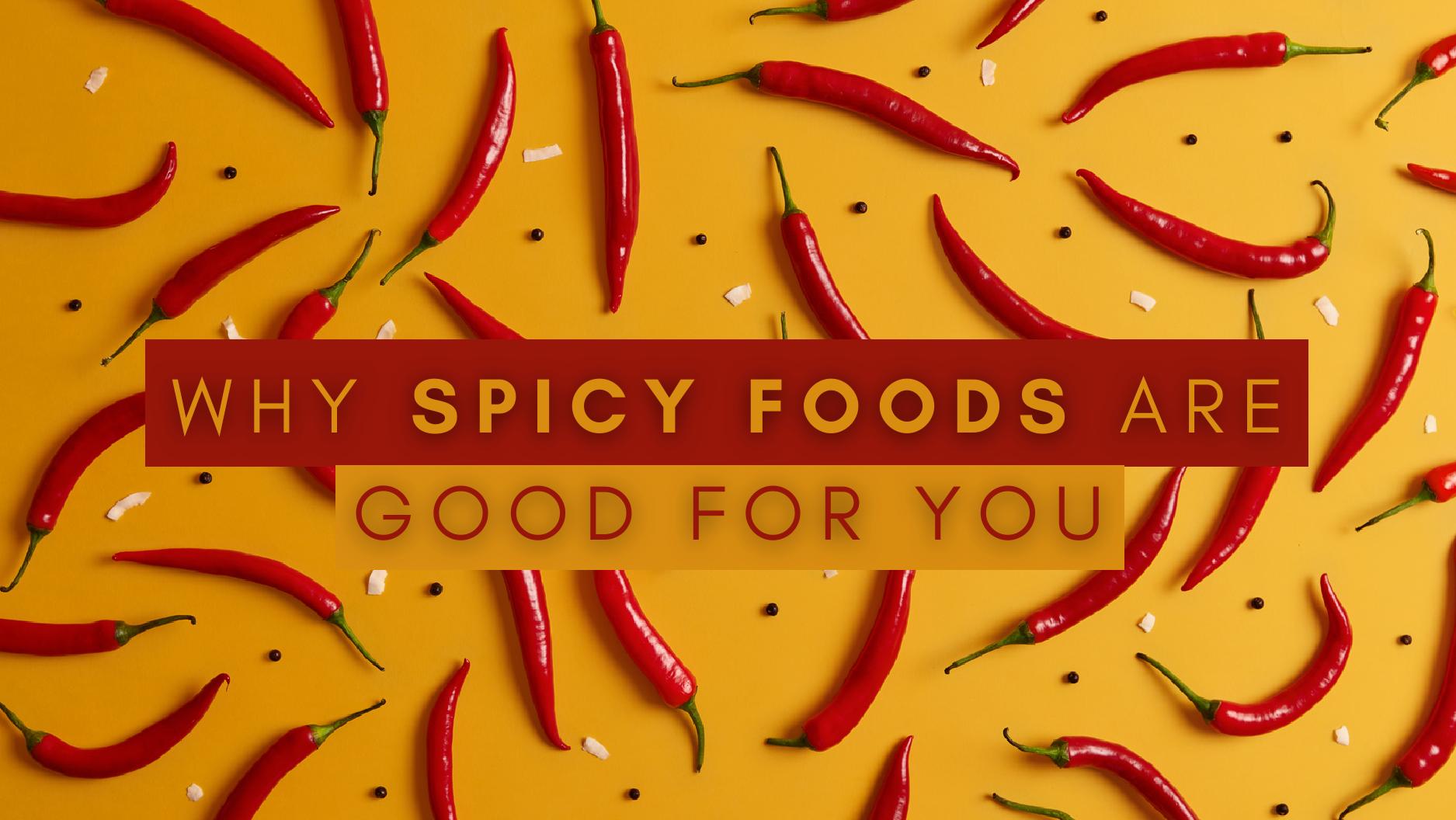 6 reasons why spicy foods are good for you

It is common to think of spiciness as a taste, such as sweet, bitter, sour or salty. However, the pungency is a burning sensation on the tongue’s pain receptors rather than a taste.

Therefore, if food substances considered spicy are exposed to other parts of the body without taste buds, they can cause sensations similar to those produced in the oral cavity, such as heat, pain or burning. These sensations are caused by the active chemical substance responsible for the pungency, capsaicin.

Compared to bland foods, chili peppers reduce your calorie intake by 75% [1]. Additionally, a Purdue University study found that chemical compounds in peppers called capsaicinoids help reduce cravings for sweet, salty, and fatty foods. So how about we start now? The answer to the question “is spicy food healthy?” is yes!

Reasons why spicy foods are good for you

2. May help prevent the development of cancer

According to preclinical research, capsaicin kills cancer cells and inhibits their growth by causing them to die. Although research on this topic is minimal and there is no strong evidence that eating spicy chili peppers prevents cancer, researchers discuss the potential of drugs containing capsaicin. [3][4].

Since capsaicin in the oral cavity and throat causes fluids to flow into the airways, eating spicy foods can also help relieve breathing in colds, respiratory tract infections, sinusitis and asthma. Also, phlegm is easier to expel as it becomes looser and softer. [5].

Maybe counterintuitive spicy foods might be just what you need when you have a stomach ache. Researchers say chili peppers and marijuana interact with the same receptors in the stomach to calm an irritable bowel [6].

Anandamide causes the immune system to calm the intestines, including the esophagus, stomach, and pancreas. The chemical also binds to another receptor to recruit immune cells, preventing inflammation.

According to a large study conducted by Harvard and the Chinese National Center for Disease Control and Prevention, eating spicy foods six or seven days a week reduced death rates by 14%. [7].

One of the most common benefits of spicy foods is that these foods help relieve sinus congestion and relieve clogged nasal passages. Spicy foods like pepper raise body temperature, which could effectively fight fever and relieve flu symptoms [8].

On a final note…

Eating spicy foods in a controlled way can have many benefits. However, when consumed in large amounts, capsaicin, the fiery compound found in chili peppers, can cause intense short-term symptoms such as nausea, vomiting, and diarrhea. Fortunately, there is no permanent damage to the intestinal lining from overstimulation of the nervous system.

GET THE BEST BOLDSKY STORIES!

From keeping your skin hydrated to glowing, the many benefits of honey